Holly Sunter, a local resident tweeted that it never rains but it pours in Mytholmroyd, which was severely affected in 2015 when more than 3,000 properties were flooded in the Calder Valley on 26 December 2015, according to the BBC.

Detecting and accurately plotting the route, depth and line of water mains can be difficult, although we have been successful on many occasions, as below. 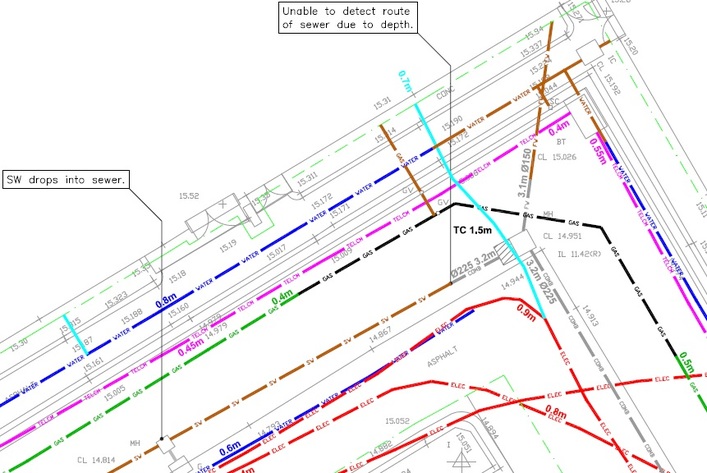 An example of detected and assumed water services and connections

In this example, we have physically been able to trace the water in places, however we have had to assume its route in other areas. We have also had to rely on Ground Penetrating Radar (GPR) to locate other sections of it. This demonstrates that combining methodologies, to detect and map services, is key to building up the most comprehensive picture possible.

GEOTEC Surveys have worked on a number of flood prevention schemes within large substation sites following the 2015 floods.