A Contractor struck a water main in Wednesbury on Thursday causing the street to flood, causing significant damage and disruption.

The BBC has reported that the strike was caused by a digger which has resulted in damaged homes & submerged cars, whilst 3x local schools have had to shut. 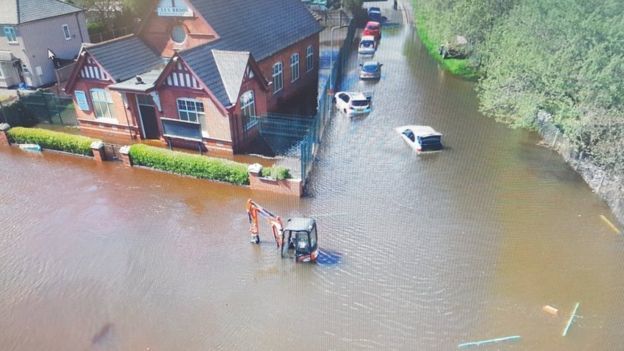 A photograph taken by West Midlands Police and provided by the BBC shows the digger in question and the resulting magnitude of the flood.

In addition to the damage caused, water supplies were lost for around 2 hours, resulting in further disruption to nearby residents and businesses, whilst the local substation was also isolated as a precaution.

We do not know whether a survey (example below) was carried out prior to works taking place, however we would expect that a 24 inch water main would have been detected using EML and GPR, whilst a statutory record would have shown it as being within the vicinity of the works area. 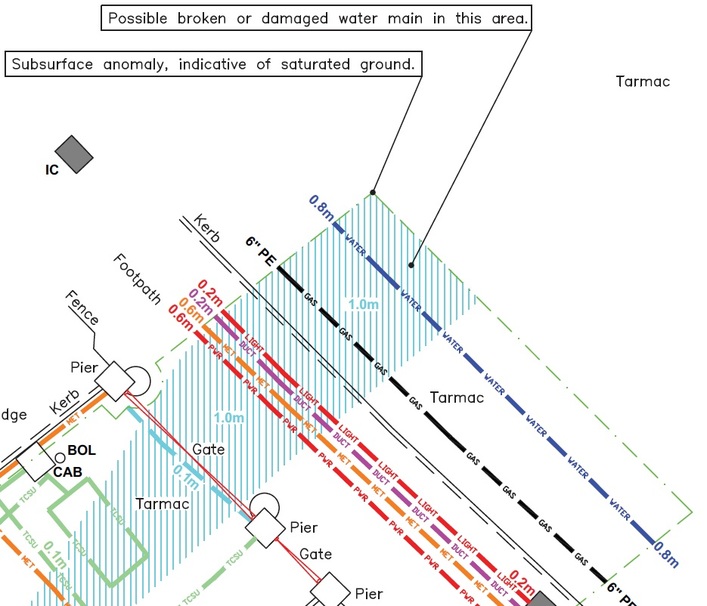