A number of homes and businesses were left without water on Thursday after a third party damaged a water main in Brighton.

A huge water spout appeared near the Lewes Road junction with Highbrook Close, according to the Brighton Argus.

Southern Water were quickly on the scene to resolve the issue which happened as Pride preparation was well under way and in the midst of the potential bin strike.

Service strikes such as this can be avoided by having a comprehensive PAS 128 Underground Mapping Survey carried out, as per the below example. 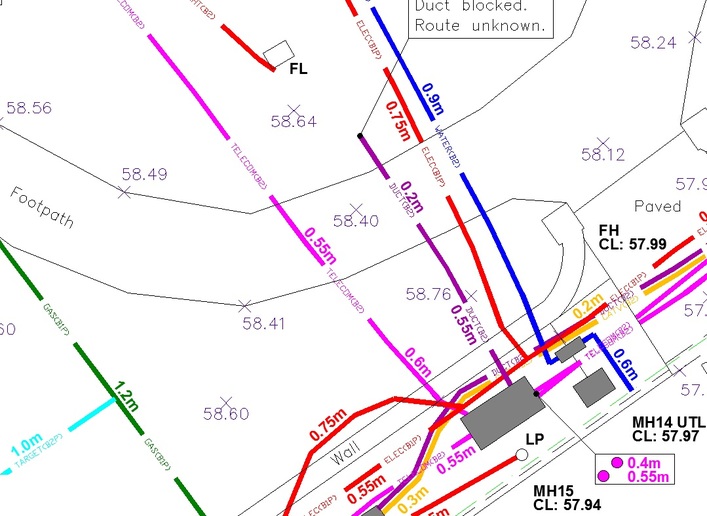 Water pipes can be difficult to locate, however a PAS 128 survey will attempt to do this using both EML and GPR (over a suitably tight grid), as well as cross reference Southern Water records in order to provide the best opportunity for detection. Even then, those excavating will have a Quality Level associated with the trace, which may lead them to verify its position using hard-dug trial pits or vacuum excavation.