Everyone within a 400m radius of a construction site in Kingston, Surrey, has been evacuated following the discovery of WWII ordnance (UXO). The area was closed on Thursday morning and is expected to be closed until this afternoon.

It is believed that the ordnance was uncovered during excavation works at a construction site in Fassett Road, which relates to a 250Kg air dropped bomb.

GEOTEC Surveys Ltd provide non-invasive underground mapping surveys using an EM61 in order to detect and map the presence of significant buried metallic obstructions that may relate to UXO, below. 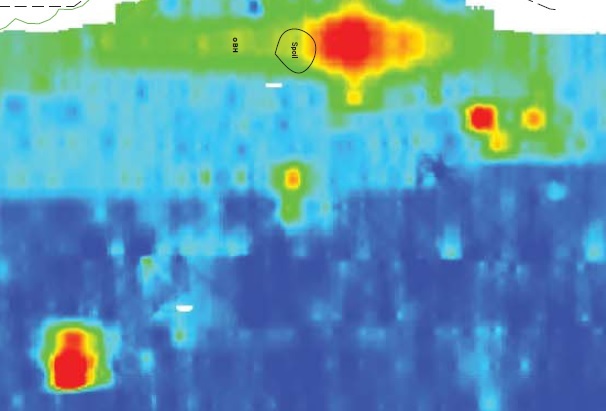 Surrey County Council's head office has been closed, as well as a proportion of the Kingston University Campus. In addition there are a number of roads which are cordoned off, including Penryhn Road, Beaufort Road, Beaufort Place, Fassett Road, Grove Lane, Grove Crescent, Bloomfield Road and Linkford Avenue.

The MOD bomb disposal team are working today in order to defuse the bomb. They have advised that there is a "Significant Risk of Death" and that homes will be destroyed and severely damaged should the bomb explode.

It is unknown as to whether the site owner / client, principal contractor or designer carried out a UXO Risk Assessment prior to works being carried out. The cost & impact of this discovery, not only to the project, but the wider community could rise exponentially.