Based just 10 miles southeast of Aldershot, GEOTEC Surveys Ltd have completed many projects in Aldershot over the years and were honoured to be asked to survey the site in Princes Gardens, prior to the installation and unveiling of the Airborne Soldier Statue on Saturday 6th July 2019. 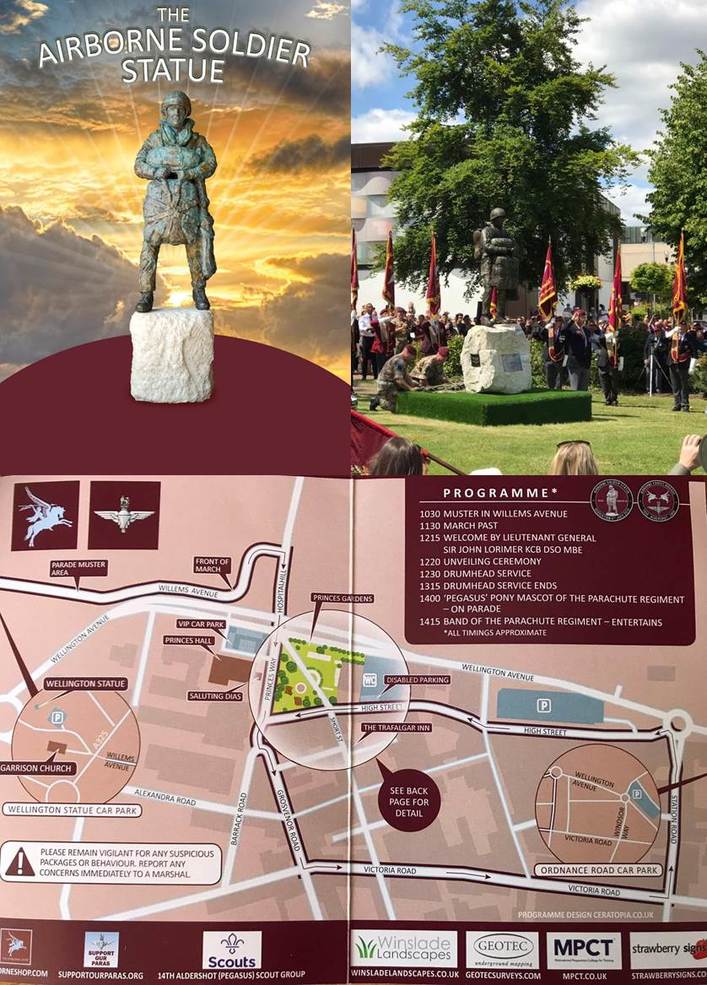 Programme from the day & Photo of the finished statue

Around 10,000 people flocked to the streets to take part in this momentous event celebrating Aldershot as the home of the airborne armed forces from 1950 to 2000.

The Statue, as described on the ITV News & Forces Network, consists of a bronze statue on top of a granite plinth from the Falkland Islands. The idea by two former soldiers, Tommy Simpson & Richard Stacey ensures the link between the town and the Airborne Forces lives on.

The legacy cannot be understated and Aldershot's Airborne Soldiers have left a lasting impression on the town and surrounding area & will do for many generations to come. I for one, would not be here, if it wasn't for the parachute regiment in Aldershot.