Yesterday, Exning Road was closed from 10am to 6pm after Contractors ruptured the gas main when excavating at a former Gas Works, as part of a supermarket development in Newmarket.

The BBC, ITV & East Anglian Daily Times reported that a 200 metre exclusion zone had to be set up and this key road was closed to allow Cadent Gas to repair and stop the resulting leak.

This closure and exclusion zone meant that pupils at the nearby Newmarket Academy had to remain inside the school until the road opened and many businesses, including the local leisure centre & barber shop lost out on a day of custom.

The road is also a key route into Newmarket Community Hospital, where some appointments had to be cancelled. This also had a knock-on affect on traffic around the area and within Newmarket Town Centre.

This example highlights the wider impact on a community that a utility strike can have, over and above the contractor and the cost and time lost as a result to the project as well as the person who actually ruptured the main (who we hope was unhurt). 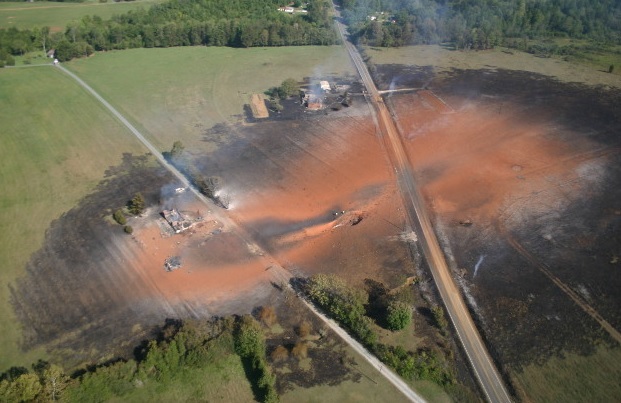 GEOTEC Surveys Limited have worked at a number of current and former gas sites, with our SHEA Gas trained surveyors, over the years and they are complex projects which require a highly comprehensive, methodical & detailed approach to the survey. A typical site for PAS 128.