Virgin Media, whose strapline is "Give it Some Oomph", nearly caused a significant explosion in Darwen a few weeks ago by severing a gas main.

According to the Lancashire Telegraph, engineers working for Virgin Media damaged the gas pipe when installing fibre optic cables and as a result, residents were evacuated when fumes leaked into their homes.

Residents also had to take time of work to allow Cadent access in order to repair and check that their homes were safe, causing more disruption. 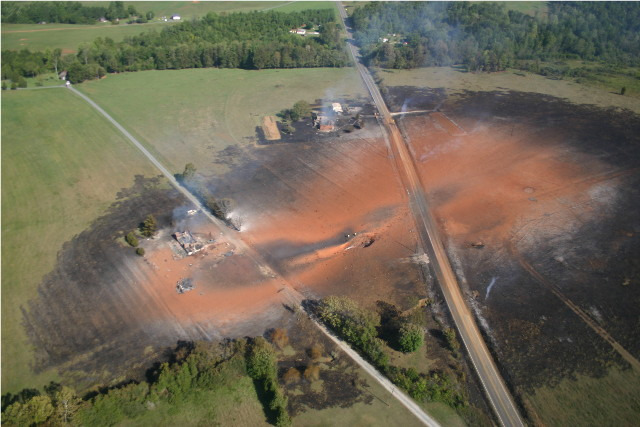 Example of an explosion from a gas leak in the US

Gas services are certainly more difficult to detect than other services due to the majority of them being made up of plastic pipes.

We would look to trace all other services on a site first and then attempt to locate the gas services using a Ground Penetrating Radar System, once all other targets have been eliminated. It is also very useful to have been provided with or to procure ourselves, the relevant Statutory Gas Record from the asset owner to cross reference against.