A construction worker was injured last March when a concrete pump fell into the ground, which resulted in the pouring boom striking an employee, on a site in Ditchling Common.

The Construction company in question has been fined and the victim is still undergoing treatment for brain and nerve injuries, as well as suffering a fractured hip and spine.

The HSE found that although some work had been done to stabilise the ground, no checks had been made as to the load that the ground could sustain.

It appears that, due to soft ground, a 52m boom was used to pour the concrete into the footings from the pump and the ground beneath one of the pump outriggers collapsed, causing the boom to strike the individual.

GEOTEC Surveys Ltd work with load bearing companies by carrying out surveys for buried services and utilities, as well as GPR Surveys for voids and anomalies prior to works such as this taking place. 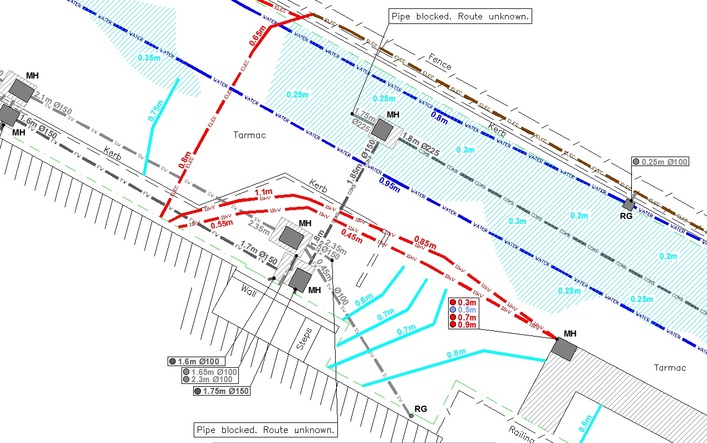 The above extract shows a sample from a survey at a hospital site, completed earlier in the year, where our findings were enough for the client to rethink activities and position their crane in a completely different part of the site due to the congestion of services and the presence of significant anomalies across the survey area (in turquoise).