A Cumbrian farmer fell into a sinkhole, engulfing him and his quad bike, on Thursday.

According to the BBC the farmer had to be pulled to safety by Fire and Rescue Services and was then tragically airlifted to hospital.

The ground apparently just opened up with the weight of the farmer and his quad bike, who fell 18m into the ground. The sinkhole is believed to be shaped like a wine carafe with a 2m opening, leading to a 14m wide cavern.

There are a number of early 19th Century disused iron ore mines in the area, making sinkholes an ever-present danger.

GEOTEC Surveys carry out a range of geophysical surveys using tools such as Ground Penetrating Radar (GPR), Micro-Gravity and Electro-Magnetic Surveys for subsurface features such as voiding or unconsolidated ground in order to try and preempt events such as this, as shown by the below example output. 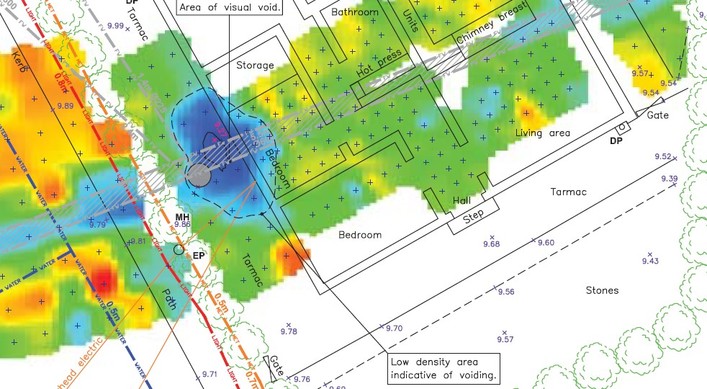 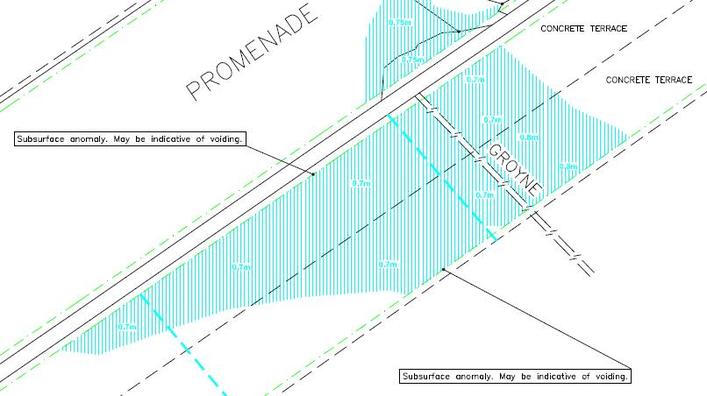